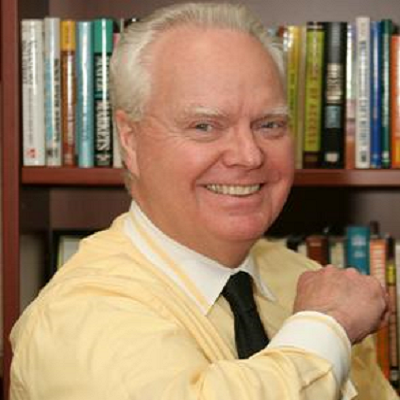 Don passed the general securities exam in 1969 while attending San Diego State. He sold mutual funds and insurance to support his family while in college. Since 1979 when he worked for a national NYSE brokerage firm, his principal business activity has been investment related financial planning. In 1984, he qualified as a Certified Financial Planner™. Since 1990, when he established Investor Resources, Inc. he has provided financial planning and investment services on a “fee for service” basis.

In 2002, he qualified as an Accredited Investment Fiduciary™ by completing all requirements of the Center for Fiduciary Studies in association with the Joseph M. Katz Graduate School of Business at the University of Pittsburg. The Center for Fiduciary Studies owns the marks AIF® and AIFA®, which it awards to individuals who successfully complete initial and ongoing accreditation requirements.

In the aftermath of the ’08-‘09 bear market, Don attended his first No More Pies educational conference. Confirmed with additional research, his firm’s investment policies were adapted to NMP processes. In 2018 Don joined the team of instructors for NMP.

Don married his wife, Linda, in March 1974. Between them they have five children and nine grandchildren and four great-grandchildren. In 1994, Don was instrumental in starting Christ The Rock Community Church in Port Orchard. In 2010, Don was asked to join a leadership team starting a new church – Crossway – in Port Orchard, WA which is now Don and Linda’s home church.